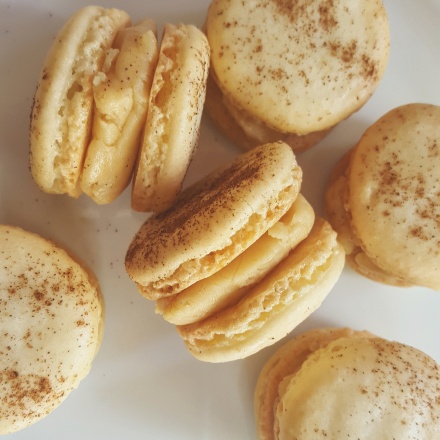 I intended for this to be a short post, but as I’ve learned, nothing involving macarons can be accomplished quickly.

I love macarons. I’ve had a bit of a fascination with them since I tried an orange creamsicle one at Disney (they also have Mickey-shaped ones at various candy shops throughout the parks). When I was in London, I even went so far as to track down a Laduree to experience the real deal. 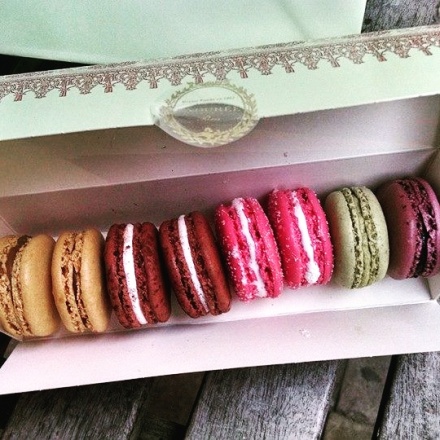 (They did not disappoint.)

After procrastinating over it for months,  I decided to try my hand at macarons. I used the macaron tutorial from Sally’s Baking Addiction, and watched countless YouTube videos before I settled on Beth Le Manach and Byron Talbott for inspiration. Byron has some amazing macaron recipes that I look forward to trying later (pistachio! thin mint!).

Through my research, I learned that the ingredients for basic macarons tend to be the same for many recipes:

Other things you will need:

My plan for the first batch was a pink macaron with strawberry basil buttercream inside. I followed Sally’s instructions to the letter, but after adding food coloring to my meringue, it seemed a little runny. Still, I pressed forward, let the batter sit for 45 minutes. They did firm up some, but as I quickly learned, not nearly enough. I popped them into the oven, hoping for the best. 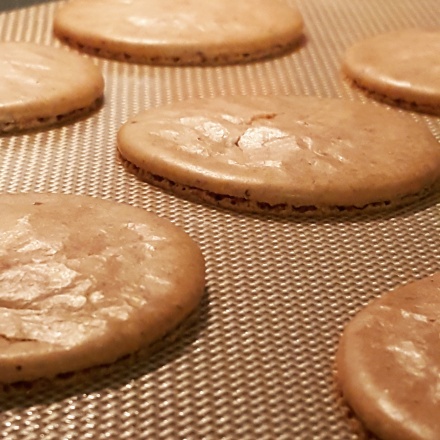 As you can see, the first batch didn’t turn out so great. They cracked on top, and while the signature macaron “feet” started to form, the cookie was way too flat and kind of raw in the middle. They stuck to the silicone baking mat I used. It was just a mess. Plus, they weren’t pink!

After that failure, I became obsessed. I ordered a bag of finely milled almond flour (I used regular old almond meal from Trader Joe’s beforehand) and more powdered sugar than anyone would ever need. I also ordered a large roll of parchment paper. I then proceeded to drink two Sam Adams Summer Ales, pondering where I could have gone wrong.

The next day, I gracefully awoke from my slumber (if you think zombies are graceful) and immediately put my egg whites in a container to “age.” Now, I’m not sure if this really makes a difference, but I was taking NO chances with the second batch. Here are the steps I took to make a successful batch of macarons: 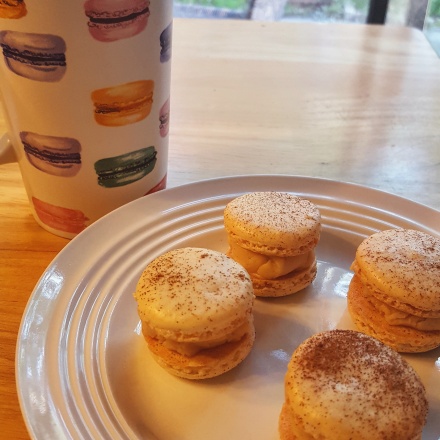 In my opinion, the most important thing when it comes to making macarons is to LET THE BATTER SIT. Go about your business, go watch Netflix or walk the dog or something. Do some yoga. Give these cookies time. They should be very firm by the time they go into the oven.

For me, parchment paper worked correctly, but many people swear by silpat mats. Do some experimenting, and like my dear husband tries to tell me, don’t be afraid to fail. You can do this.

Lastly, I strongly recommend checking out some of the links mentioned in this post for more in-depth macaron instructions. I plan on doing a more in-depth tutorial soon, but I need to pick a flavor. What do you guys think? Pistachio? Lavender? Chocolate peanut butter? Let me know!